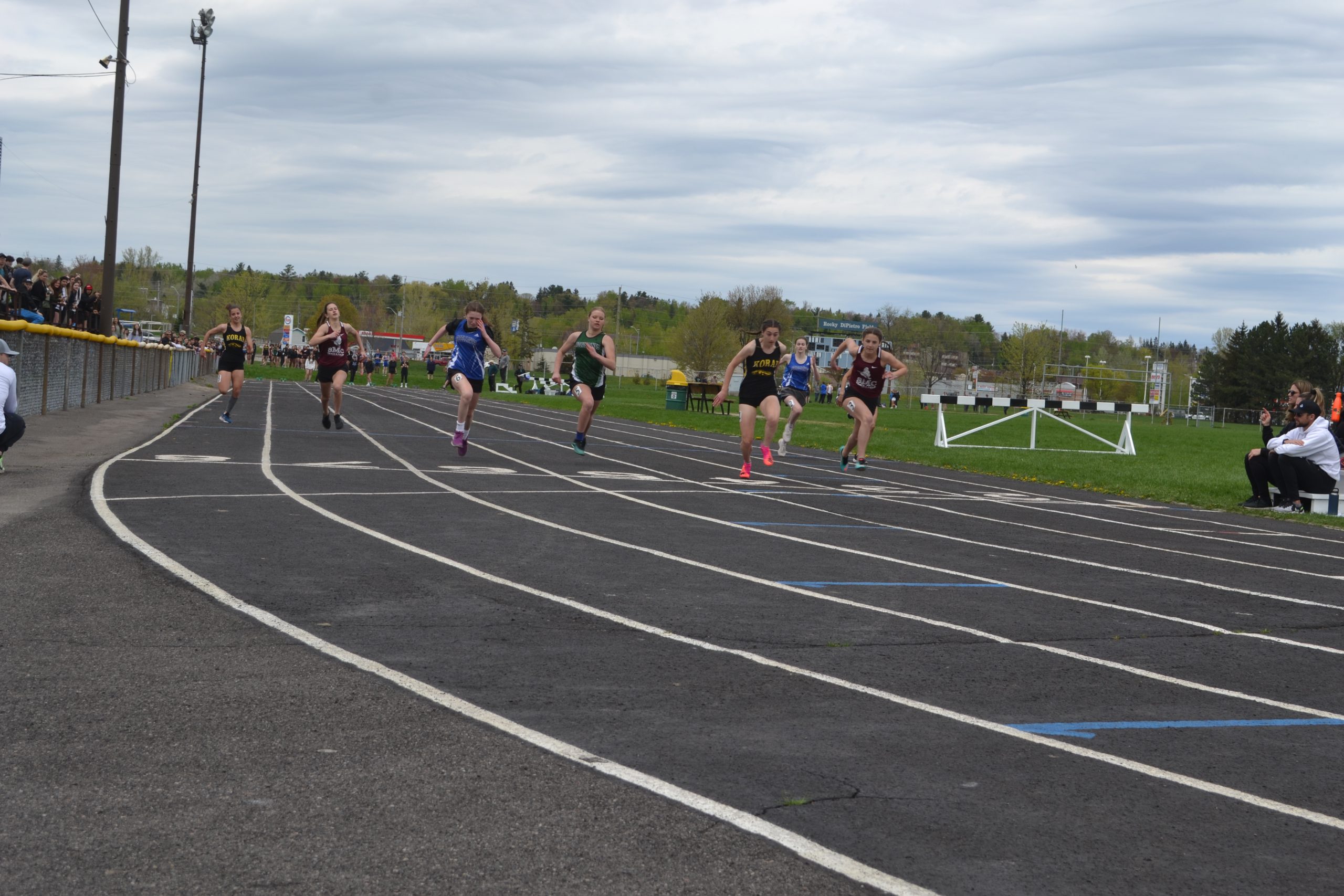 The St. Mary’s College Knights are the 2022 city track and field champions.

The Knights male team took first place while the female team was second.

St. Mary’s College dominated in Junior Division with the boys team capturing 8 of the 11 gold medals available and the girls team 6 golds.

Knights competitors were also strong in the Novice Division with six gold on the girls side and five on the boys side.

Abigail Jaremko led the way with golds in the 300 metre hurdles and 400 metres.  Tru Toms was golden in the 1500 metres as was Talia Wardell in the 800.  Julia Heika won the long jump while Felisity McDonald captured discus gold. Bryce Gagnon won the 100 metre sprint which can be seen here: https://youtu.be/HRXYk-gUJZA

On the boys side, Kent Lablance won the shot put and discus events while Oliver Brown beat the field in triple jump.  Alexandre Mador won the 80 metre hurdles and Nolan Wilding the 300 hurdles.

Daniel Bumbaco led the senior boys team with a gold in long jump and silver in the 100.  Other gold medalists were Gabe Zimbaro in the 1500 metres, Marcus DiCerbo in the 2000 metre steeplechase and Nikolas Vecchio in the high jump.

On the girls side, Kassie Sartor was SMC’s lone gold medalist capturing the 100 metres.

SMC had numerous other podium results.  The top four finishers in each event are eligible to compete at the NOSSA meet which takes place next week in Sault Ste. Marie.

We are very proud of a student at Our Lady of Fatima in Elliot Lake who was honoured last night at the Community Living Algom...Read More

“…I ask for God’s forgiveness and I want to say to you with all my heart:  I am very sorry. And I join my brothers...Read More

SMC alumnus Nicholas Davies has received one of the most prestigious honours available to non-British citizens. Read all abo...Read More