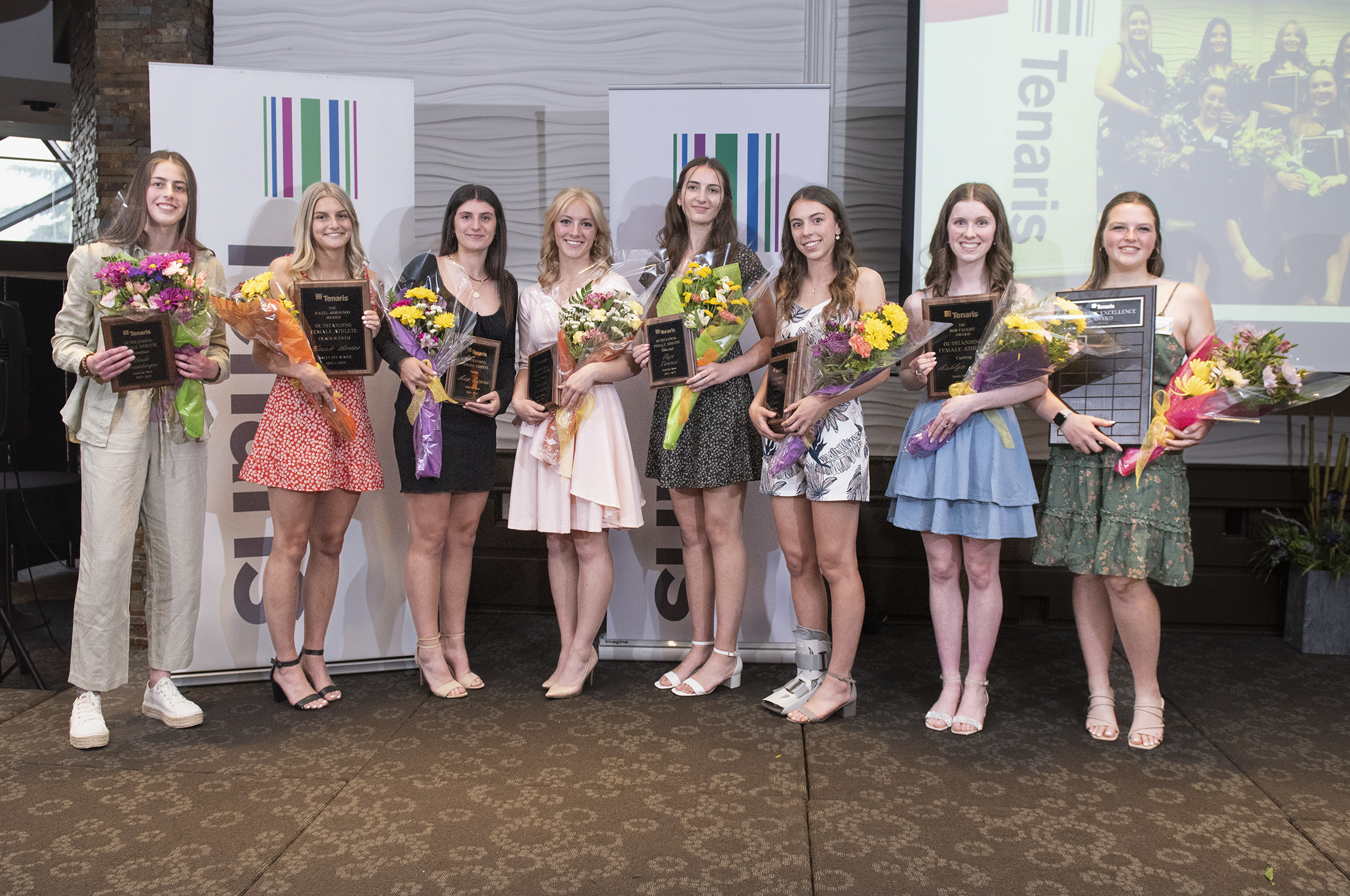 The high school sports season officially wrapped up this week with two awards banquets honoring top performances by our student-athletes.

Taking away the biggest award  at the Rotary Sports Award dinner was Daniel Bumbacco who was a co-winner of the Walter Lowe Memorial Trophy as top male high school athlete with Michael Nicoletta of Korah Collegiate.

Bumbacco was also named top athlete in track and field, hockey and co-winner in soccer.  He was also SMC’s nominee in basketball.

Adam Morgenstern was the Knights nominee in badminton and for the B’Nai Brith Award for best combining academics and athletics.

Other SMC nominees were; Marsuc DiCerbo in cross country, Nick Carter in football and Avery Berry in curling.

At the Tenaris Female Athletic Awards banquet, Ava Evans won the top soccer performer and was a nominee for the Percy Bedford Athlete of the Year Award.  Kassandra Sartor was named top performer in track and field.

Other SMC nominees were; Keira Lamming in cross-country, Ella Zachary in basketball, Gracee Zagordo in volleyball, Ashlyn Noble in badminton and Romi Araba in curling.

Zagordo was a recipient of the Harvey Morrison Award which goes to a student who has shown dedication to female athletics over a four year period.

Congratulations to our winners and all of the nominees on a tremendous year.  We are very proud of you.

SMC alumnus Nicholas Davies has received one of the most prestigious honours available to non-British citizens. Read all abo...Read More

Girls on the Gridiron

St. Mary's College received interest from some students and acted upon it by setting up a training camp for girls tackle foot...Read More

It was a fun day in the sun at the SMC spring Carnival. It was organized by our very own student council.We had tons of fun g...Read More