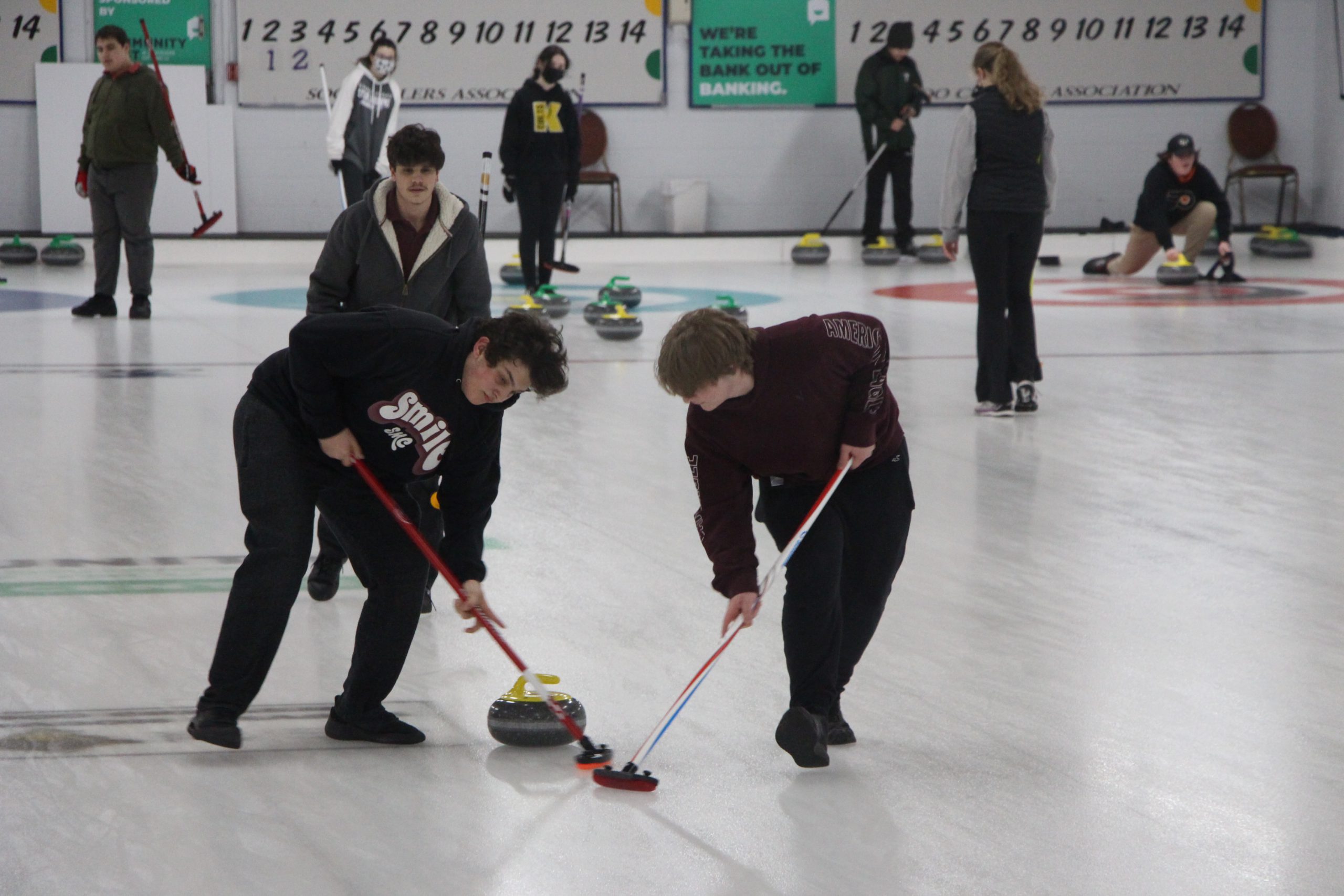 St. Mary’s College hits the ice in more than just hockey.  Our boys and girls curling teams are always in the thick of the hunt for a city title.

The league commenced November 2 and was suspended because of Covid November 30.  The league resumed again on February 8 and it completed with the city championship on March 10.

Congratulations for our teams for their perseverance and sportsmanship.