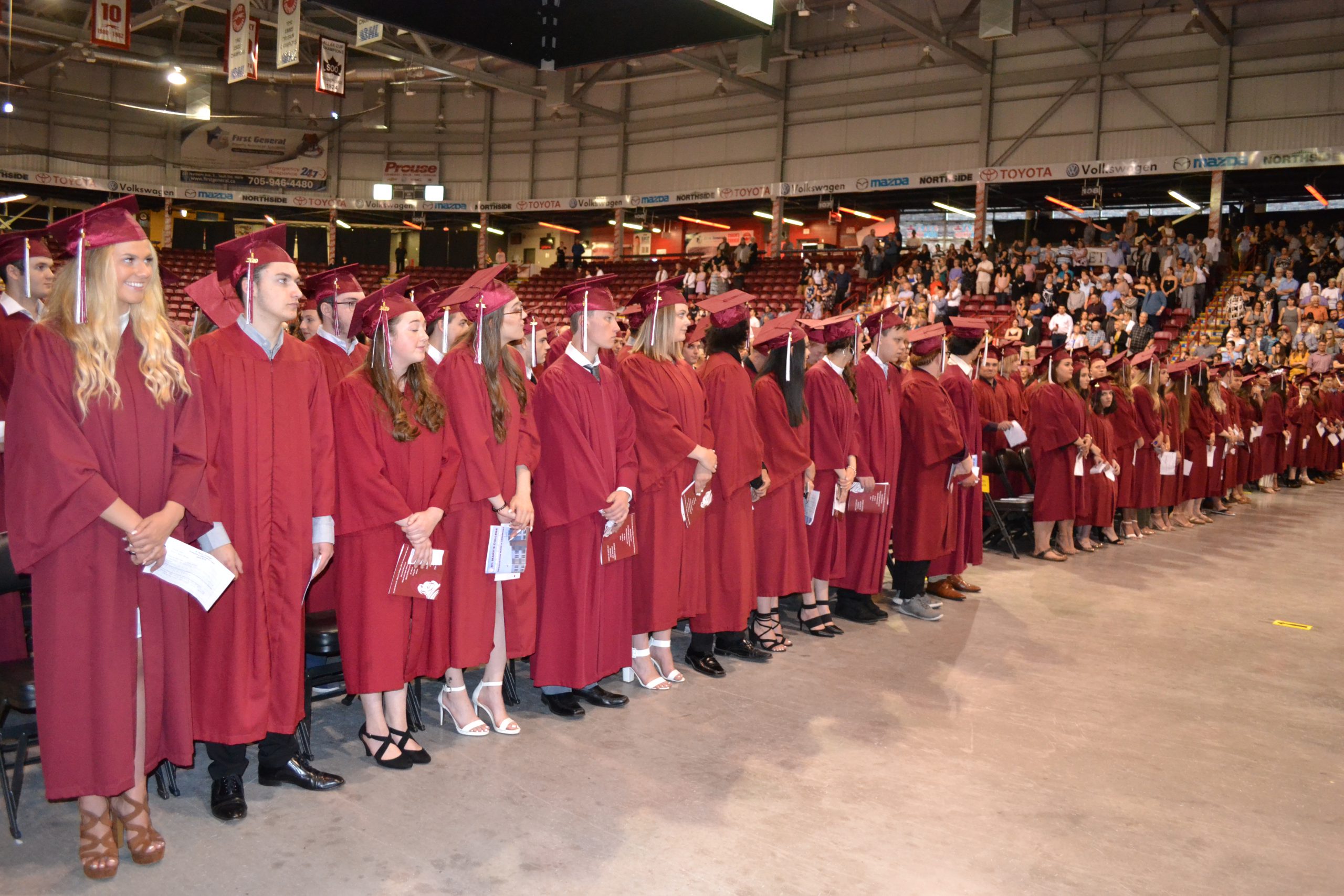 What is the new “34-credit threshold”?

We want Ontario students to earn their high school diploma in four years whenever possible.

Over a decade ago, Ontario moved to four years of high school, but many students are still taking that additional fifth year, even after graduating.

In 2010-11, over 20,000 students who graduated in four years returned for at least another semester.

That’s why we need to shift the culture in our schools and encourage students to graduate and move on to the next stage in their lives after four years.

The vast majority of students should be able to earn the 30 credits they need to graduate in four years.

Starting in September 2013, students who want to take more than 34 credits would be able to do so, but the ministry would fund the school board at a reduced rate for those credits. Thirty credits are required to graduate, so this would allow for an additional four credits before funding to school boards decreases.

Could I take more than 34 credits?

We encourage students to complete all the credits they need in four years. To support this, we will work with your school board and schools to provide resources to help you plan your educational pathway.

But you could still take more than 34 credits if needed. Within legislative requirements, school boards could accommodate students who need to take courses that would put them past the 34 credit threshold in continuing education courses.

Will I have to pay for my 35th credit?

No, you would not have to pay for any additional credits.

Are there any exemptions to the 34 credit threshold?

Students who need to take more than 34 credits would be able to do so. However, funding to school boards would not change for:

The other credit courses a student successfully completes would count toward the 34 credit threshold.

When will this start?

The threshold and reduced funding for boards would start as of September 2013.

If I am currently in Grade 12 and plan to return next year, will this impact me?

Yes, if you plan on taking more than 34 credits. You would still be able to take the additional courses if necessary, however it will be up to the school board to determine how to best accommodate you.

Yes, you could still upgrade your marks by re-taking a course. If you pass a course and then take it again, it would count as two credits in terms of the 34-credit threshold. However, it would count only once toward your diploma.

If I fail a credit, will that count toward the 34 credit threshold?

What credits would count toward the 34 credit threshold?

Credits that would count toward the 34 credit threshold include those earned through:

Are you doing anything to help boards work with their students?

We are supporting students by updating guidance resources to improve education and career planning.

The first version of these new resources was made available to school boards in December, and focuses on planning in Grades 10, 11 and 12.

A second and more complete version, for Kindergarten to Grade 12, should be available spring 2013.

If I have questions about specific course or program offerings, who can I talk to?